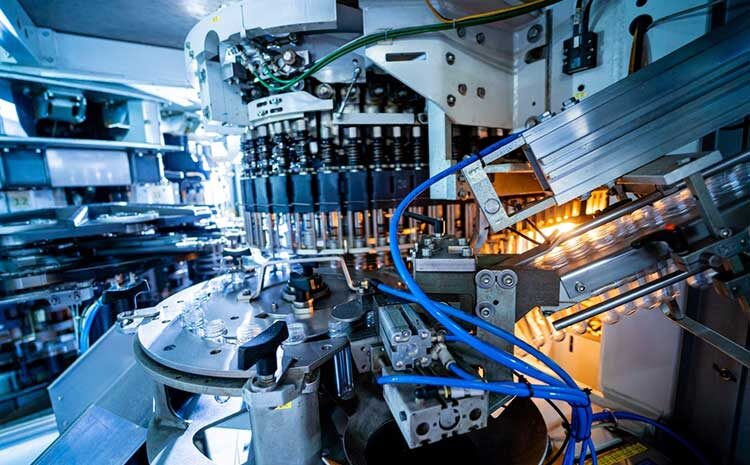 PET is a versatile material and the world’s most widely produced synthetic fiber. PET, or polyethylene terephthalate was first prepared in the 1940s during a study by English chemists J.Rex Whinfield and James T.Dickson. However, the chemists of DuPont in the U.S. were the first to synthesize this material in the mid-1940s and later branded it as ‘dacron’. The company synthesized PET in hopes of forming a polymer that can be used to make textile fibers. In the 1950s, PET was used to make PET films, which now has a wide range of uses such as video, photograph, X-ray film and also as packaging films. Later in the early 1970s, the technology of blow-stretch molding led to the making of PET bottles. These bottles were lightweight, strong and shatterproof. This PET bottle was patented in 1973 and got into the market. The first PET bottle was recycled in 1977. In the U.S, almost all beverage bottles and water bottles are made from PET resin. More than half of the world’s synthetic fiber is made from PET, making it one of the most commonly used and trusted materials.

PET or polyethylene terephthalate is a synthetic fiber and resin. It is a polymer made from the monomer ethylene terephthalate with repeating units of C10H8O4. It is a polyester obtained by the esterification of ethylene glycol and terephthalic acid. PET is often used as food packaging material due to its high tensile strength, chemical resistance, light weight, elasticity, and stability over a wide range of temperatures (−60° to 220 °C).

Ethylene glycol and terephthalic acid are heated together in the presence of chemical catalysts. Antimony and germanium compounds are the commonly used PET polymerization catalysts. Due to the heat and the influence of catalysts, the hydroxyl group of ethylene glycol and the carboxyl group of terephthalic acid react with each other in order to produce ester links. Ester groups have a structure that can be represented as CO-O. They link ethylene terephthalate monomers to form long chain polymers. Water is expelled as a byproduct.This reaction results in the production of molten viscous PET which can be spun into fibers or solidified for later processing.

Ethylene terephthalate has in its structure a six sided aromatic ring. The presence of such a ring in the monomers of PET makes it stiff and strong, especially when aligned orderly by drawing. Stretching the viscous material produced by polycondensation produces good quality, high strength fiber for clothes manufacturing. At this stage, PET would be in a semi crystalline state. It is called Dacron and it is a PET fiber patented by DuPont. Dacron is hypoallergenic and non absorbent. It resists mildew, mold, and stains as it cannot any sort of liquids including water. They are excellent materials for fabric production because PET fibers are stiff and thus they resist deformation. With PET based fiber, one would not have to worry greatly about wrinkling or upkeep of fabrics. They can also be easily blended with other synthetic fibers like rayon or natural fibers like wool. This would reduce the chances of clothes made from these fabrics getting wrinkled.

PET is also used as fiber filling to make products like cushions and pillows. It is used in a range of products from winter clothes to floor carpets. PET is not just a textile fiber. It has several applications including manufacture of bottles, non woven fabrics, conveyor belts, tire material, disposable garments, rain clothes and so on. Bottle manufacturing is one of the biggest applications of PET. PET has a high strength to weight ratio. It is highly transparent and shatterproof and it can be easily recycled. It is also impermeable to moisture and gas. This makes polyethylene terephthalate an excellent choice for day to day food containers. Molten PET is usually blow-molded into transparent food containers like carbonated bottles. PET has a low softening temperature hence it cannot be used as a container for hot foods.

PET bottles are manufactured by blow molding. There are two basic molding methods. One-step molding and two-step molding and both require different machines. In one-step molding, the production process from the preform to the end product occurs within one machine. It is suitable for custom molding and other non standard shapes. It is efficient, reduces space and energy consumption and products have higher quality.

In two step molding, the preform is made by one machine using injection molding. The preform is test tube shaped and has a very thick body that already has the bottle-cap molded into it. The second step is stretch blow molding. In stretch blow molding, the thick test tube shaped preform will first be heated rapidly. Then they are inflated against a two part mold in order to form the desired shape of the bottle.

Polyethylene terephthalate is one of the most extensively recycled plastics today. PET has the number 1 as its resin identification code and is the most recyclable plastic produced. However, the amount of PET recycled is very less compared to the amount produced. PET is used in several applications, but mostly bottles are the only products collected for recycling. It is done to reduce costs and it is often recycled back into bottles. PET products are also melted and spun into fiberfill, strapping or carpet fibers. In a sufficiently pure state PET can be broken down to its constituents and recycled.