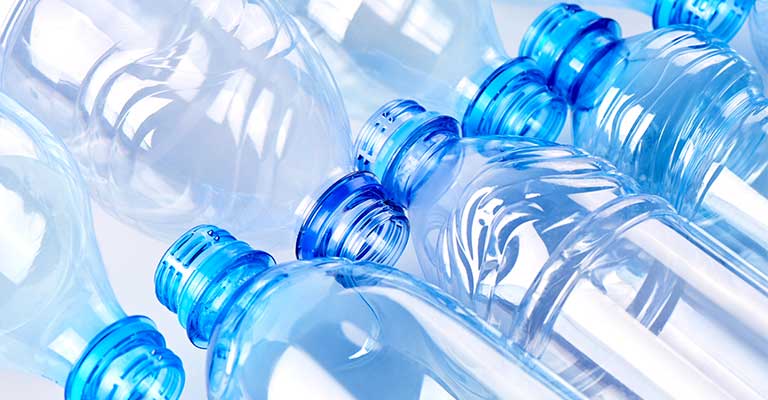 The Life Cycle Of A PET Bottle

PET bottles are one of the most common things available to a consumer today. It is so ubiquitous that rarely does a single day pass by without a consumer having to see at least one product packaged in PET. Since it is so widely available, readily used and easily disposed of, there is a need to discuss what happens to the plastic before and after the consumers handle the product. The events up to the production of bottles from polyethylene terephthalate resin is called the upstream life cycle and the events after the consumption of the product, including disposal come under downstream life cycle. Polyethylene terephthalate is a highly recyclable material, a large amount of PET produced gets recycled into other products.

Get To Know PET

PET is one of the most popularly used plastic materials in the world. Over 80 million metric tonnes are produced every single year. This versatile material is an aliphatic polymer. PET is a thermoplastic polymer used extensively for bottle and fiber manufacture. According to the resin identification code, PET is number 1. It is the most recyclable plastic produced. It was first made in the U.S. in the 1940’s by chemists at DuPont, who were researching polymers textile production. It was called ‘Dacron’ initially.

What Makes PET A Great Resin?

The chemical properties of polyethylene terephthalate make it an ideal material for food packaging and bottle manufacture. It is resistant to most gasses and solvents. It is strong and has good impact resistance, as well as dimensional and temperature stability. It is not heavy, making it quite easy to carry around. PET is fairly resistant to reactions with food and microorganisms. Another great thing about polyethylene terephthalate, especially with regard to bottles, is the fact that PET is shatter resistant, unlike glass bottles.

PET’s high strength to weight ratio, transparency, shatterproof nature and high recyclability make it a great choice for packaging materials. One of the most important uses of polyethylene terephthalate resin is in the manufacture of bottles.

The PET bottle was invented by a man named Nathaniel Wyeth and was later patented by DuPont, a leading manufacturer of plastics. PET can be used to bottle a large variety of drinks, food products and other goods. Mostly, PET bottles contain water or other soft drinks or juices. Other commonly bottled liquids include milk, vinegar and oil. After bottling, the bottles are closed with an anti-tamper ring and sent for labeling.

The Life Of A PET Bottle

After production, PET bottles are filled with different liquids and sent out into the market. Plastic bottles, especially PET, are much preferred due to the ease of handling. It is strong, lightweight and easy to carry, and can be reused as and when needed. It is also very cheap, and is a good substitute for glass, considering its great physical and chemical properties. After consumption, PET bottles usually end up in the garbage. A large part of it is recycled, however some are eventually sent to landfills, where they essentially do not decompose at all.

PET bottles do not decompose. It is not a biodegradable material. Hence, the next step in its life cycle is recycling. Polyethylene terephthalate is one of the most recyclable materials, which is why it has the resin identification code number 1. If it is not recycled, PET bottles often end up in landfills.